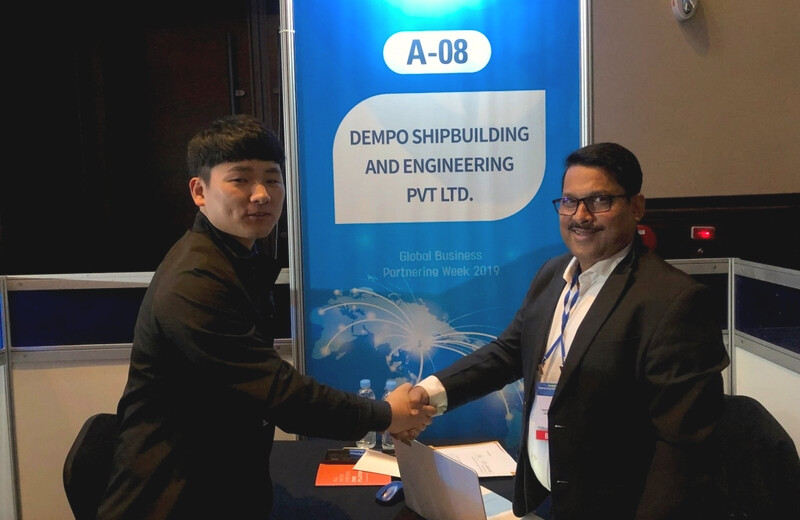 Dempo Shipbuilding & Engineering Pvt Ltd (DSEPL) joined a B2B delegation to take part in the ‘Boom Up Korea 2019‘ (Marine, Shipbuilding and Automotive Industry) event, which was held at Seoul and Busan, South Korea, between the 9th and the 12th April, 2019.

The event was attended by Cmdt H. K. Rai, I.C.G. (Retd), CEO (Defence Projects) as part of the Global Business Partnership Week 2019 held at Seoul on the 9th April.

‘Boom Up Korea’ was organised and sponsored by the Korea Trade Investment Promotion Agency (KOTRA ), and taking part were a total of 153 foreign companies, including two from India, of which DSEPL was one, and 45 Korean OEMs in Ship building ,and Offshore –Oil & Gas.

The professional capabilities of DSEPL and its subsidiary, Modest Infrastructure Pvt ltd (MIPL) were duly showcased and presented, with interactions held between the CEO (Defence) at length with visitors at this special international forum which happened to be appreciated by prospective OEMs / Designers / System Integrators in the fields of Ship & Offshore building, as also with KOTRA officials.

Both DSEPL as well as MIPL earned good exposure at the forum, presenting as they did their readiness to participate, for instance, in projects involving the Ministry of Defence of our government.